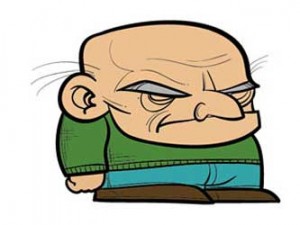 Anyone who has served on a committee with me or been at a Moravian Church synod with me knows that I am a grouchy curmudgeon about unintended consequences of bad legislation.  That’s because I’ve lived long enough to have to deal with the effluvium of poorly thought out and poorly worded proposals which didn’t end up doing what was intended and had far-reaching and unplanned effects.
North Carolina’s Amendment One is right smack in that zone.  Intended to prevent the state from ever allowing gay marriages (something that is already illegal in NC) the act overreaches fantastically beyond the announced scope.
If approved, the proposed measure would amend Article 14 of the North Carolina Constitution by adding a new section:
Sec. 6. Marriage.
Marriage between one man and one woman is the only domestic legal union that shall be valid or recognized in this State. This section does not prohibit a private party from entering into contracts with another private party; nor does this section prohibit courts from adjudicating the rights of private parties pursuant to such contracts.
Despite huffy assurances from proponents that the amendment will only affect the intended target (gay marriage), the legal sources I have checked into unanimously say that there will be far-reaching implications for the many unmarried heterosexual families in the state.  There will also be significant consequences for elderly unmarried couples, who are in many cases living as a couple but without getting married to avoid the unintended consequences of some other poorly thought out laws that cut their already meager income if they are legally married. One thing that opponents have claimed that is probably not true is that the amendment will impact protection orders.  But other concerns seem to be well-founded.
Don’t get me wrong, I’m a big proponent of marriage when it’s done well!  After all, I’m the guy in the robes who does the ceremony and pronounces the couple man and wife.  I am deeply saddened every time I hear of a widow and widower who fall in love but can’t take that legal step of getting married because of the impact it would have on their health care or income.  I’m horrified when I run into a case (one just recently) where an elderly couple with limited income gets divorced in order for one to qualify for needed long-term care — bet you didn’t know that was going on!

Unfortunately, the blunderbuss wording of this amendment will indeed affect children of unmarried parents, elderly in certain financial straits, and in fact many other situations beyond the intended scope.  The exact extent may not be known for years, since some of the consequences will only appear as specific circumstances are reviewed by courts. But worse than that, the consequences will play out on a county by county basis, entirely dependent on the whims of county judges! Bad, bad move and sloppy policy.
No matter what one thinks of gay marriage, this poorly written amendment is a foolish idea either way.  It will have unintended consequences for many existing heterosexual couples in the state, thousands of children who have nothing to say about their situation, and it won’t make any positive difference that I can see.
My libertarian friends point out that constitutional amendments should protect the rights of the individual rather than expanding the role of government, and most of them will be voting against this amendment for that reason.
I’ve really annoyed some of my best friends and colleagues by railing against poorly written legislation at church Synods.  But the fact of the matter is that badly worded, ill-considered legislation can have damaging impact for years to come, damages that are easy to inflict and hard to undo.  When serious concerns exist about the impact of such legislation, I go back to the oath that doctors must take:

First, do no harm.

Even if you are ambivalent about the amendment, I think you should get out and vote against it so that we don’t all have to deal with undoing the damage the amendament will cause.  Just my opinion. Thanks for listening.

Well, as those concerned already know, Amendment One passed.  Only time will tell whether my concerns about the unintended consequences was correct; but it is certain that the amendment will now cost the State millions in lawsuits that are already underway.

The last Constitutional amendment that was passed in this state was in 1875, the anti-mescegenation amendment which declared that “all marriages between a white person and a Negro or between a white person and a person of Negro descent to the third generation inclusive are, hereby, forever prohibited.”  This unenlightened law was overturned by the US Supreme Court in 1967, but remained part of our state charter until a new constitution was adopted in 1971.

I will be very surprised if Amendment One is not repealed within a decade.

One Response to Unintended Consequences