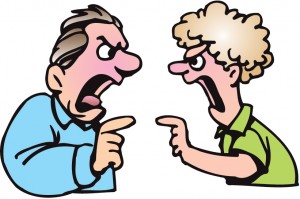 Can we talk?  I guess not. Having a conversation with anyone about nearly anything these days is nearly impossible. Even with good friends.

Look, I’m not a political animal. I do not start with party politics and go from there. I’m interested in issues, and would love to talk about the critical issues we have in our nation today. I start from my faith, from the teachings of Jesus, and I move on to logic and meaning. But every discussion I have these days immediately turns into spin-doctor bumper sticker sloganeering, no matter how hard I work to prevent that. If I question Obama, I’m a right-wingnut. If I call Romney on an issue or point out the problems with Ryan’s Ayn Rand-inspired budget, I’m a raving liberal reactionary.

It’s like trying to drive a car that has a RIGHT-LEFT toggle switch instead of a steering wheel. 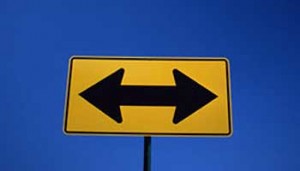 It’s like trying to drive a car that has a RIGHT-LEFT toggle switch instead of a steering wheel. I don’t care how good a driver you are, or how good you are at operating a WII remote, you’re going to end up in one ditch or another…because reality us much more subtle than the black-and-white extremists want to paint it. And the issues we face are way more complex than either party wants to admit. But worse, the parties are fiddling while Rome burns, if you’ll pardon the anachronism – since fiddles weren’t invented until centuries after Nero. And both seem to be driven mostly by big donors, not issues.

Guess what? Politicians tell fibs to get elected. Right now, both huge and fabulously expensive machines are cranked up to do one thing and one thing only: win. They are not actually in the business of solving the nation’s problems, at least not right now.

So what’s my option? Ron Paul? I’m afraid you’ll have to give me a break! While Ron Paul is good at being self-consistent, I don’t think his ideas actually work in the real world.

How can we find solutions that we can all live with if we can’t even stay friends on Facebook?

How can we solve the very daunting issues facing our nation if the default mode of communication is shouting? How can we find solutions that we can all live with if we can’t even stay friends on Facebook? We live in a very divided, polarized nation, driven by an entire industry that make a lot of money by fanning the partisan flames. But here’s a news flash: the “other side” (whichever side that might be from your point of view) is not going away after the election. If one side “wins” by a couple of percentage points, folks who felt that they lost the election (the other 49%) will still be there, just as whipped up, just as convinced that the wrong side won. And here’s part two of the news flash: we still have to live in the same country with one another. Both sides behave as if a victory means that the “other side” is going to evaporate or slink away quietly. Any rational person knows that isn’t going to happen. That’s why after the 2008 election I voiced the opinion that it was really unwise for Nancy Pelosi to gloat when taking the gavel. We need to learn how to live with one another, not play out more sticking it in the eye of the other guys.

So how do we do that? It starts with listening to the other side without demonizing them. And that means really listening, not just pretending to listen. It means abandoning the “my way or the highway” Rambo approach that has become so popular (and electable) in recent years. And it starts at home: that means YOU need to stop participating in the shallow bumper-sticker, name-calling demonization of the other side and find a way to have a real discussion with someone on the other side.

Call me a cynic, but I’m not holding my breath for some great wave of reasonable behavior to sweep over the nation. I’m afraid that we haven’t had enough of a jolt for that to happen. 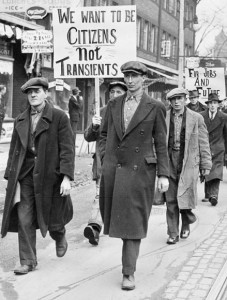 More people need to do some reading on the history of the Great Depression. The depths of the Depression didn’t really happen in 1929, that’s just when it started. That was only the first shock. The ineffective efforts of the last “successful businessman” to run for President, Herbert Hoover, resulted in a worsening of the economy until it reached its depths in late 1932. The drastic actions needed to reverse the trend were not taken until unemployment had topped 25% in the US. And even then, when Roosevelt and the Congress thought they could relax measures a bit, they helped create a second recession in 1937. Most historians and economists believe that it was World War II that brought the US out of the cycle.

What will it take to jolt us out of our divisive bickering? I’m afraid that it will take something far worse than we’ve already been through, and sadly the partisan gridlock we continue to experience is just the ticket to set up that “something far worse.” 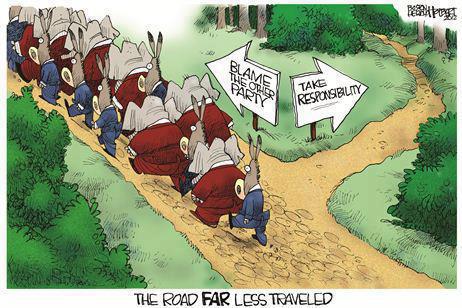