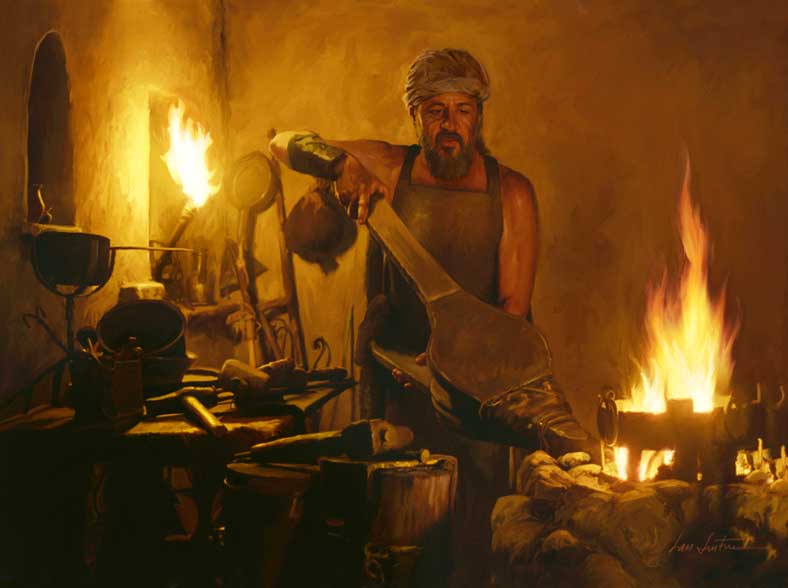 This morning I preached on Malachi 3:1-20, a passage made famous to moderns by the aria in Handel’s The Messiah:

For he is like a refiner’s fire and like fullers’ soap; he will sit as a refiner and purifier of silver, and he will purify the descendants of Levi and refine them like gold and silver, until they present offerings to the Lord in righteousness.

Listen to the aria: http://youtu.be/g8RmuvkwGrI?t=1m27s
This video is a recording of Mark Wesley Brax, 23, of Columbia, S.C. who died tragically in an auto accident in Ripley County, Indiana on April 14, 2012.  He was a student at the University of Cincinnati.

But as with a great many Old Testament prophecies, we are quick to ignore the call for justice that follows:

If I were to ask the average man or woman on the street how this Old Testament judgment applies to our world today, most of the working people would be quick to draw a connection to the evisceration of the middle class by the super-wealthy.  This is a very real part of the “major fail” trajectory of our nation, hastened by the sad access the super-wealthy have to manipulate laws, regulation, and control the media.

Consider for a moment these graphs, which are based on easily verified data from the Bureau of Labor Statistics.  Over the last thirty years, the super-wealthy have found a variety of ways to use their connections, influence, and power to game the system, to create an environment where they can corner the market on money. 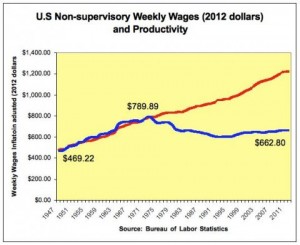 In the same year that corporations have announced record profits, they are still seeking to cut back on basic benefits and wages for the average worker, begging fictional poverty and inevitable market forces.  But these are not inevitable at all; they are artificially created by the very people whom they benefit.  The strategy of the last couple of decades has been to bear down on the average worker, to cut benefits, pensions, and wages so that enormous profits can be taken by vulture capitalists and market manipulators.  The amazing thing to me is that these folks, with their stranglehold on the media, have been able to convince so many “rank-and-file” of the fundamental lie that if the super-wealthy are not allowed to have everything they want, the jobs will go away.  They have perfected the art of the spin, of playing on fears, of distracting with Honey Boo-Boo. 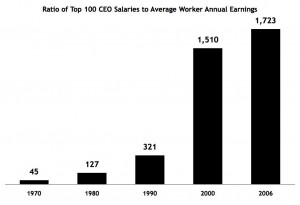 This is fundamentally a structure imposed by the methodology of Wall Street, which demands artificial increases in share price from publicly traded companies in a manner which most economists will readily admit is unsustainable – and which is based on a completely amoral and short-sighted philosophy.  One CEO I used to work with had come to the conclusion over a decade ago that the only way to run an ethical company in the 21st century was to keep it private; publicly traded companies were automatically subject to a system that was fundamentally amoral and in its practical application became immoral.  When we play this game and participate in this system without challenging its “winner-take-all” crony capital rules, we continue to further a system that God has outlined for judgment.  Again from Malachi:

I do not believe in Adam Smith’s “invisible hand.”  But I do believe that God judges our nation, and in my read of the Scriptures I do not think God’s judgment is based (as some say) on a couple of isolated passages in Deuteronomy or on whether or not life begins at conception, an idea which the Bible does not actually support at all.  Instead, if we count the number of statements made by the prophets, we will be judged instead on our treatment of the poor, the downtrodden, the powerless, the widow, the orphan.

How that judgment will come I cannot say.  It may come through the natural process of labor rising in numbers against oppression, as happened a century ago at the end of the “Golden Age.”  It may come through the ultimate failure of an economy and political system that has long since lost touch with ethics and sustainability.  The collapse of the economy in 2008 may only be a warning shot; and the continuing inability of our politicians to behave like rational adults instead of posturing bullies does not bode well for our nation. 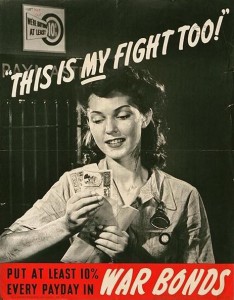 In a recent Washington Post editorial, Ruth Marcus reminded us that the originally temporary tax cuts currently being argued over were created prior to 9/11 because there was a projected budget surplus!  Now that we are dealing with massive deficits, that fact has been conveniently forgotten and we are so in love with low taxes that we will invent new and spurious reasons why the temporary measure must stay in place long after it was intended to expire, and even longer after it had outlived its original intent.  When 9/11 happened and the nation decided (whether rightly or wrongly) to go to war, I was asking then, “Where is the war tax?”  How were we going to pay for the massively expensive war?  More tax cuts and more plastic at the mall?  I ask those who were alive in World War II to tell their children stories about War Bonds, to explain rationing, to remind us how the war against fascism was paid for sixty years ago – by pulling together, by sacrifice, by hard work.  Anyone today own any war bonds?  Nope, I didn’t think so!  Whether you were in favor of the longest duration war America has ever fought or against it, one thing is sure: it was really expensive and we passed the cost off to our children rather than shouldering the burden ourselves. 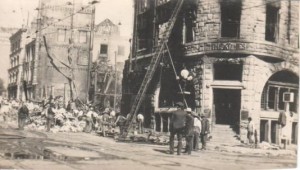 Another lesson from history: capitalists today would do well to read up on the period from 1895 to 1930, for they will catch a prediction of what will happen if the poor and the middle class are squeezed harder while the überclass continues to revel publicly in more than Oriental splendor.  People have forgotten that there were bombings, riots, blood spilled.  There is only so much that the common worker in a supposedly democratic society will put up with before rebelling.  We are not far away from repeats of incidents like the bombing of the LA Times in 1910.  As a Moravian pacifist, I always oppose such violence, but I recognize that when people are pushed too far, violence will happen.  I‘d love to see it not happen!

The Conservatives are right: the deficit is a looming monster which will destroy us.  But their willingness to fall on their swords in defense of continued tax cuts for the wealthiest betrays that they aren’t really that concerned about the deficit, only about “keeping theirs.”  The Liberals are right: we can’t let the economy be balanced on the backs of the poorest while the rich jet off to check on their bank balances in the Cayman Islands.  But their unwillingness to confront the deficit and reveals a lack of understanding that the current system of entitlements is unsustainable.

Most Americans recognize that the truth is somewhere in the middle.  A society that continues to live on borrowed time, money, and environmental damage is not a Biblical society at all.  The nasty fundamentalist Christian “hot-button” issues of the last thirty years ignore the genuine, clear clarion call of the Bible to sustainable, responsible life that does not leave our children and grandchildren with a ruined planet and financial burdens of unpaid debt.